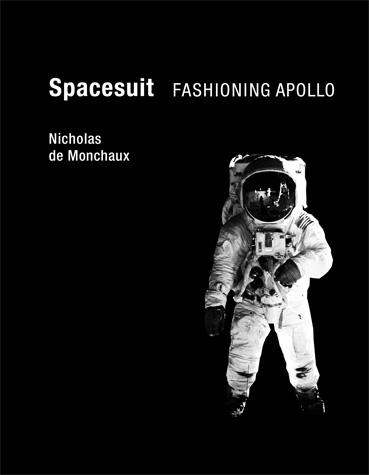 Over at TXCHNOLOGIST is a great interview with Nicholas de Monchaux, author of Spacesuit: Fashioning Apollo. This book has been my summer reading material and it is a fascinating look into the science, engineering and politics behind not just the Spacesuit but the whole space race.

The interview focuses on the seamstresses involved in the making of the spacesuits and tries to poke a bit at the politics of how a girdle company ended up making the part of the space program that allowed man to walk on the surface of the moon.

The book itself isn’t just about the creation of the Spacesuit. It is also a story of how the Space Program was more than just a scientific trip to our giant orbiting satellite; it was one of the grandest public relation stunts ever funded. The Apollo Program is one of the most enduring Monuments to American innovation and can-do attitude. It was designed that way: from the effort to have every moment photographed, filmed and recorded, to unnecessarily  spray painting the first space suits silver.

The book is divided into 21 chapters, or layers, equaling the number of layers in the Space Suit. It follows several tracts: The imagery of aeronautical advancement, Trends in Design and Fashion, Engineering issues, Political issues and Bureaucratic challenges of the race. Often it looks at how these seemingly separate issues move together in time.

Over all its a good read, sometimes a little dry but well worth the time. Inside you’ll learn:

So there’s some light reading for the rest of your summer. You can thank me later.